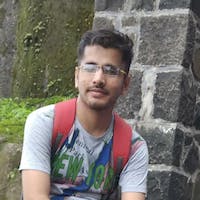 As developers, we love to build and our love for building tends to pull us more and more to building from scratch. But if we truly want to build from scratch will have to start by creating the universe first. For most of our projects, a UI library can be helpful in saving a lot of our development time which can be utilized on more productive development, Not only a UI library saves time it also helps In managing the project too.

Here are my top 5 list of react UI libraries that can be helpful for your next project:-

React Bootstrap is a UI kit based on the bootstrap library.

It simply replaces the JavaScript in the regular Bootstrap components with React code.

Using React bootstrap is often intuitive to use because of the number of available bootstrap themes.

MaterialUI is a set of components built based on the material design guidelines of Google.

Material UI consists of many accessible and configurable UI widgets.

The components are self-supporting and only inject the styles they need to display, which could lead to performance enhancements in your application.

Ant Design is a set of enterprise-class UI designed for web applications.

It provides over 50 customizable components that can be used to craft beautiful applications.

It is specially created for internal desktop applications and is based on several principles and unitary specifications. It makes design and prototype more simple and accessible for all of a project’s members.

Chakra UI is a simple, modular, and accessible component library that gives you all the building blocks you need to build React applications.

Chakra UI contains a set of layout components like Box and Stack that make it easy to style your components by passing props.

One thing I personally love about it is that most of the components are dark mode compatible.

It can get you started with building simple, composable components that cater to real-world UI design problems.

Semantic UI is a jQuery-based library that adds extra functionality to your pipeline.

With Semantic UI React, all the extra functionality has been re-written to React code.

It comes with a huge list of prebuilt components designed specifically to make sense of and produce Semantic-friendly code.

I hope this tutorial has been helpful for you to get to know more about React UI libraries, the list is long way longer than this, I have shortlisted these top 5 on basis of their popularity and my experience working with them.

What's your favorite UI library? Let me know in the comments