Getting Started With React Native 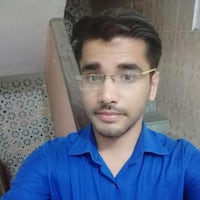 Today will start from ground zero, that is will learn about React Native, what it is? What does it do? How to get started with it. Don't worry if you don't know react-native yet, this tutorial will walk you through the basics of it and set you on the right path on your react native journey

1. What is React Native?

React Native is a framework, that enables web developers to build real, natively rendering mobile applications for IOS and Android with react. The wide adoption of react-native for building mobile apps is primarily due to two main reasons

As of today, you need Node version 12 LTS or greater, you can download the nodejs from this download Link. To check if node js has been installed successfully type the following command to check the version in your command line or terminal

Expo CLI Expo makes the development of react native apps a lot easier, With expo CLI initially it's a lot easier to manage, run, and build your app. In this tutorial will be using expo for your project, to install expo run the following command

For Ubuntu or macOS to install expo CLI globally

You can use any code editor of your choice, but I would recommend using VS Studio code and installing the react & react native code snippet extensions. It makes life a lot easier with auto-complete and IntelliSense.

Will use expo CLI to create our first react native project with the following command, expo will take care of fetching the required packages and setting up the project, so we can focus more on developing the app

Once the process is complete, you can navigate inside your project folder and run the following command to serve the project.

This will open up a new window for you with a QR code at the bottom left side of the screen, to run the app inside your phone, You would need to install expo mobile app from the app store and scan the QR code (also make sure your computer and mobile are connected on the same wifi/local network) this will start the app running inside your mobile device. You can also run the app in the emulators but would advise you to stick with expo first, and then set up the emulators later when required. 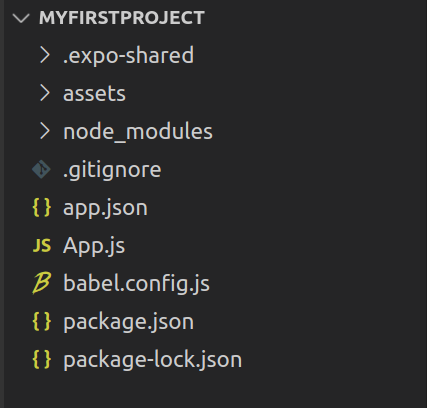 The assets folder is used to store all the static assets for projects like images, videos, fonts, etc.

The app.json file contains the basic configuration for that app i.e. the app name, icon, splash screen, etc, and a few platform-specific configurations too.

package.json, This file contains the list of all the packages required in the app.

You're all set to start building your own react native apps, I would suggest try changing the default text in your App.js file with Hello world or something else and see it change in your expo app too in real time.

The & component in react native are similar to

and , I suggest you to try experimenting with them to create some basic desired layout.

That's it for the day peeps, I suggest you pat yourself for coming through these and get your first app up and running for the day, Next will learn navigating in a react native app.

I have recently started tinkering around react native but using its cli. Woah expo is even easier . Will give it a try Ashish. Thanks for sharing